Logistics – The good, the bad, and the opportunity. 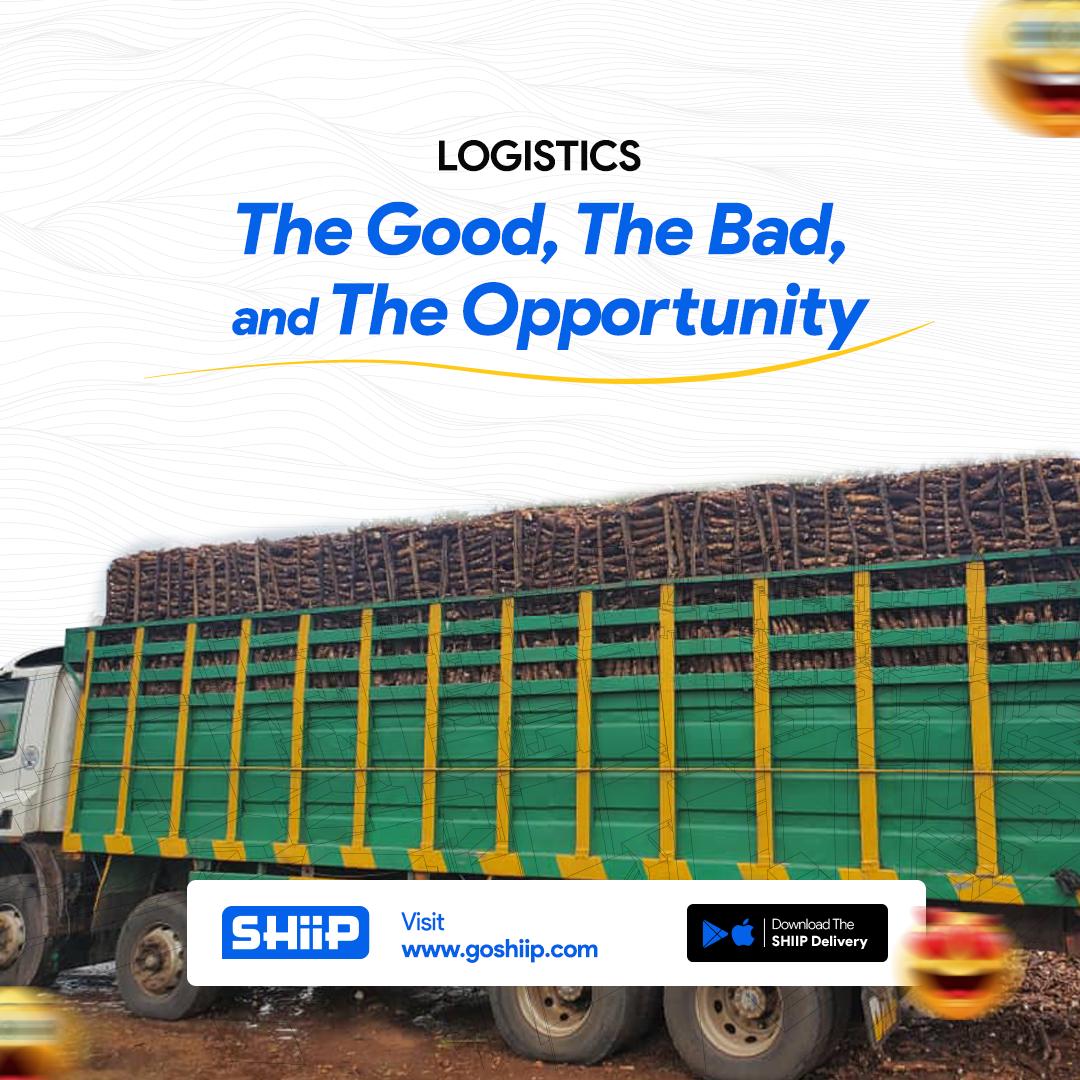 We love and cherish what we do at SHiiP, we are more importantly honoured to tend to your logistic and delivery needs. We know that logistics is simply the movement of goods from Point A to Point B. However, there are a million and one in-betweens to get this simple task done. As a matter of fact, most of the work involved depends on swift reaction and rapid decision-making. Let’s get a little practical here, we’ll walk through the series of events that took place in one of our most recent deliveries at SHiiP. We recently worked on a shipment that involved delivering a truck of cassava from Oyo to Benin.

We were contacted to get some cassava from ABC Farm in Oyo State to the cassava processing firm in Benin. The process of pickup and delivery started as usual and quite a number of things were put in place to maximize success. However, as much as the preparation went, the obstacles and drawbacks went quite further. 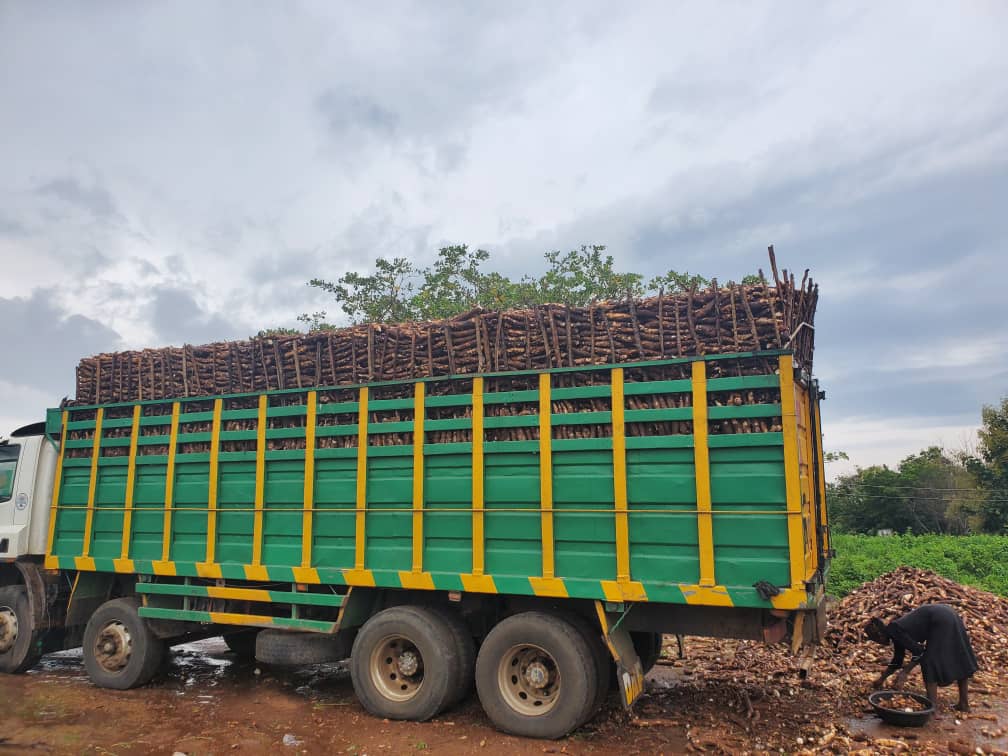 The delivery didn’t go quite as well as expected, and we’ll talk about the causes in the subsequent paragraphs.

Mechanical Problem
Generally speaking, the breakdown of a vehicle can be highly dangerous as well as deeply inconvenient. In our case, it was not just a dangerous and inconvenient occurrence but one that contributed to the incurrence of a lot of loss. Specifically, we had an air leak in one of the tyres of the truck and by extension, this resulted in a flat tyre. It took quite some time to fix it on the road, but we got over it as quickly as we could and the journey continued… The flat tyre issue managed to happen again over the course of the journey. 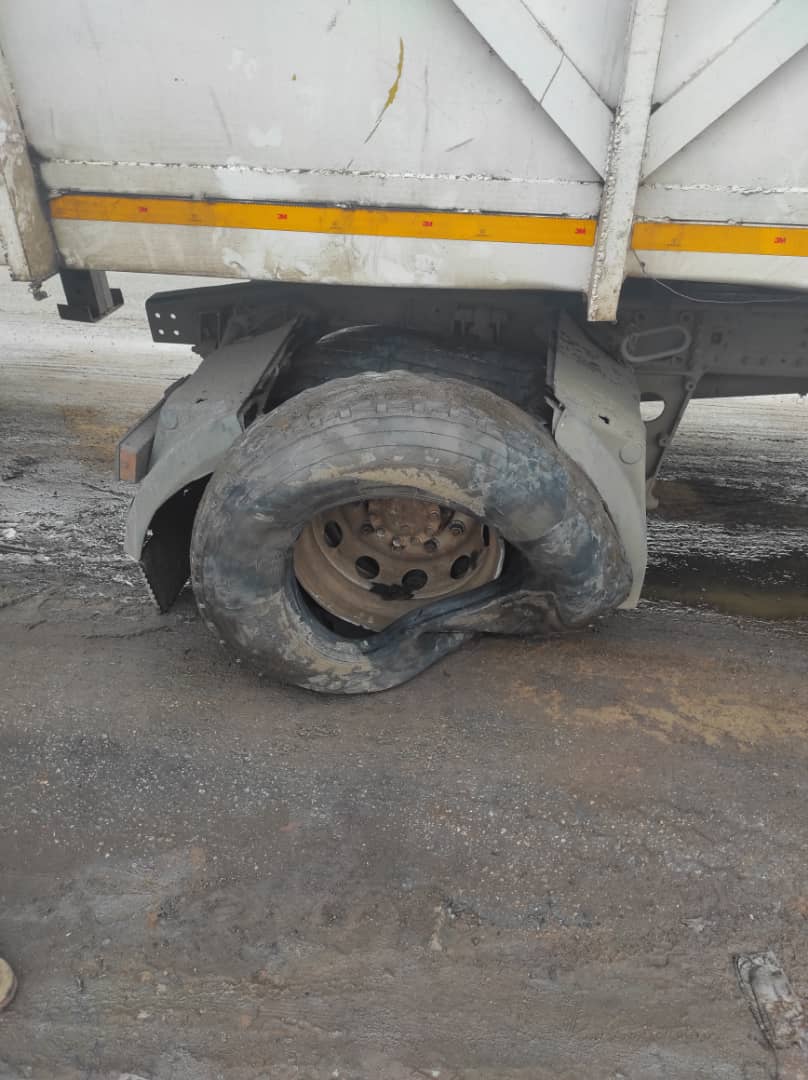 After some while, the truck developed a brake technical malfunction and that took a lot of time to resolve. 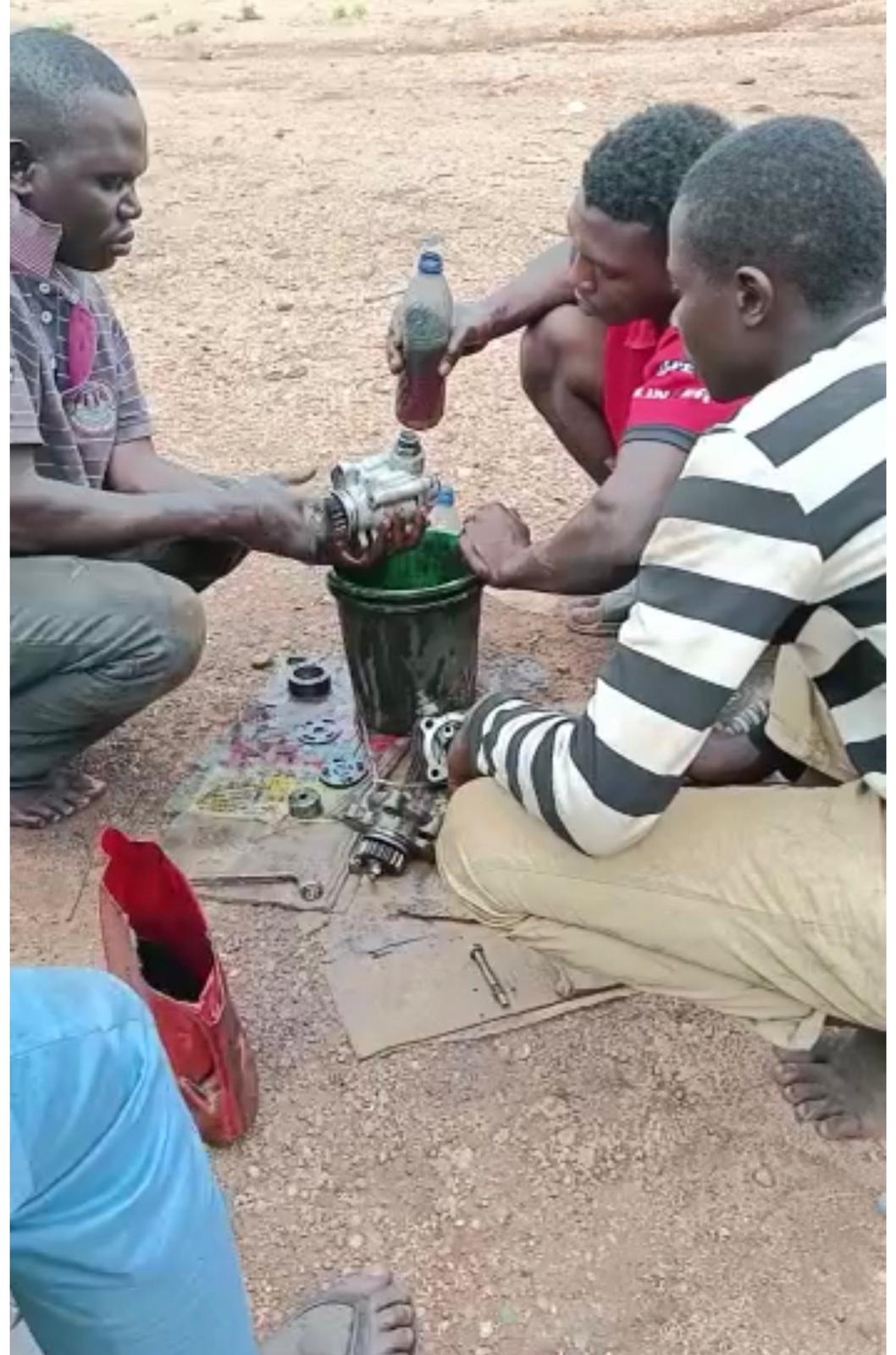 State Taxes and Settling policemen on the road
We made a total of 12 different payments to several state and local government task forces and road organizations while on the journey. Also, we had to settle the policemen at different checkpoints. If you’re in Nigeria then this shouldn’t come as a shock to you. “Lawful officers” constantly stay at checkpoints and demand “legal” payments from drivers. These payments, however, were not factored in during the initial delivery negotiation. 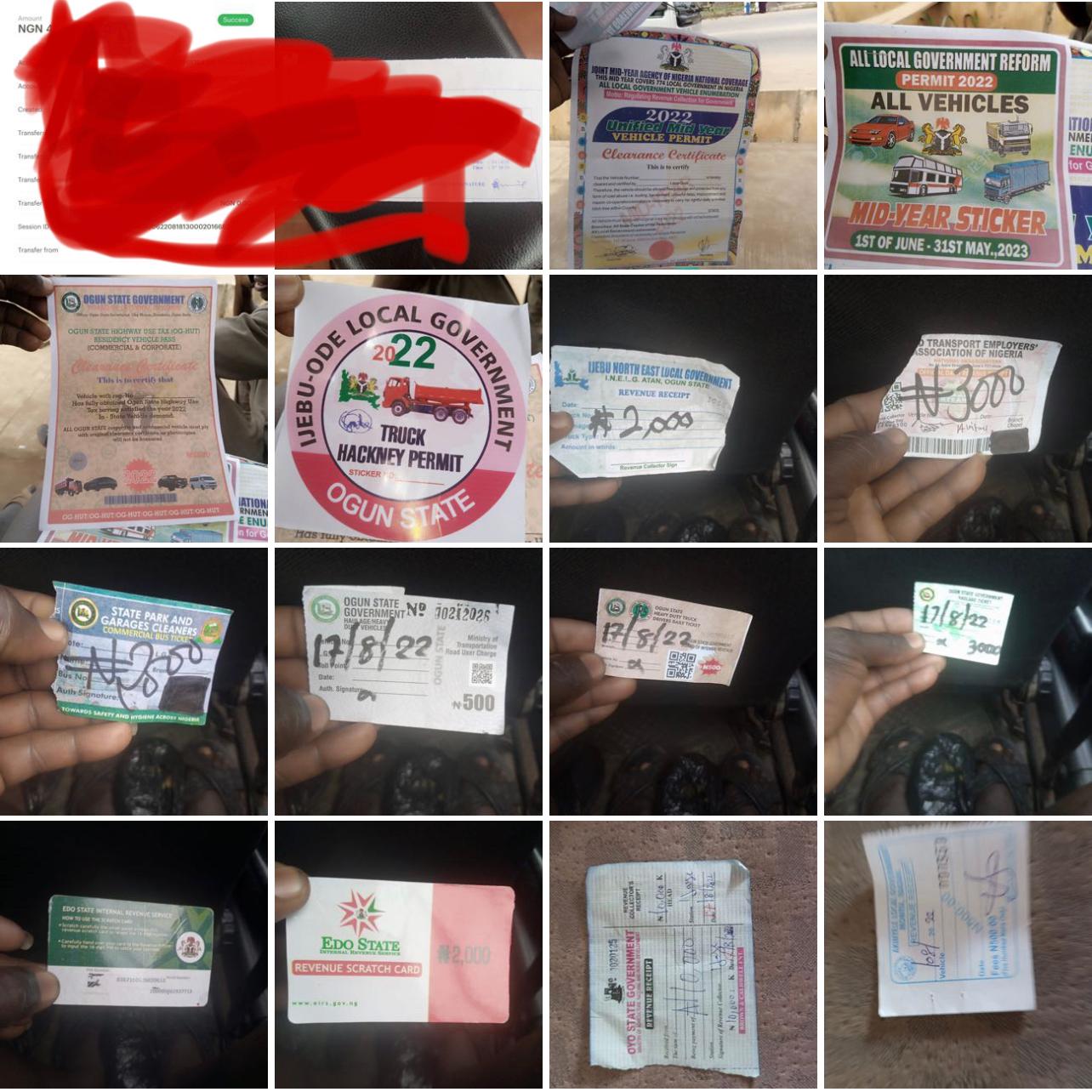 Varying diesel prices
The truck needed to be refuelled from time to time and as we passed through different cities, it was quite surprising that these cities had different prices for diesel(mostly higher prices) from the price in the pickup city. This also resulted in extra cost that was also not factored in during the initial delivery negotiation.

Language Barrier
Language barriers will humble even the smartest man in town. In our case, our driver was a Hausa man from the Northern parts of Nigeria and the locations and cities concerned in the delivery weren’t Hausa-speaking places so there was a bit of a language barrier leading to issues and wastage of time.

Summarily, the journey was initially estimated to take 24 hours, but in the long run, it took us 48 hours to get the truck of cassava to Benin. When the truck arrived at the drop-off location in Benin, the firm rejected the cassava on the basis of spoilage.

This is where knowing your industry helps us. We either take a two million Naira loss or try to get some money out of this cassava. Luckily there is another cassava processing centre in two states (Ore) down the road.

This will bring another round of expenses that wasn’t planned. On our way, we bought more fuel and new road tickets. Upon reaching Ore, we spent one whole day waiting at the gate since we did not make a prior reservation that we were coming.

By the time the facility manager finally started to attend to our truck they deemed our cassava quality just above average which is still salvageable but will be at a discounted price.

At SHiiP, we not only pick up and deliver goods, but we also keep our promise to our customers and share in their risks. A huge loss was recorded and we were mandated to repay the company a total of NGN281,850 from our own pockets which resulted in about an NGN500,000 loss for SHiiP. We are a fully insured company and the loss is being taken care of by our insurance company.

In our usual culture of giving performance reviews to improve on subsequent activities, here is the major feedback we got from our staff who was involved in the whole delivery process.

I would like to categorically acknowledge the opportunity to serve on this platform and the support given to me to perform towards achieving the best result.

The things I actually feel was the reason for the below-par performance in the service that took place on the 26th day of August 2022 at about 13:23hrs through the 31st day of August 2022 was something that is preventable or can be minimised without having an issue bordering rejection of goods (perishable cassava) or spending a handful time over what it's supposed not to be.

It would be imperative if I can clearly state where the lapses occurred both on our side and on ABC farm’s (the customer) part.

My view on our end:

On the end of ABC farms:

Transparency: They should try to take this serious on their own side because it will be unfair to agree on a certain quality and later get to know they have violated it.

Product viability: They should harvest when it is clear that a truck is available in other to avoid their goods getting spoiled on or before arrival.

Product availability: They should be willing to provide excellent products to be shipped from their farm without further delaying our men on trucks. And also the available manpower used in loading should be readily available to discharge their duties accordingly.

I think the little shared above will be useful for your review.
Thank you all.

Logistics is not always all rosy, there are good times and bad times, the profits and the losses but in all, we cannot disregard the opportunities both scenarios give to us.

Job Employment
In the process of delivering the ABC Farm shipment, we realized that these genres of delivery require more hands than usual. If we harness the power of logistics well enough, we’ll end up with thousands of job opportunities. Logistics is a gold mine and again SHiiP is here for it.

Customer Success
Things didn’t go as planned, we met with several limitations and challenges but we ended up with a happy customer. ABC Farms was very happy about how we managed the whole process and they testified that the same won't be the case if this occurred with a different company. Ultimately, we were able to learn and strengthen our customer relationship. 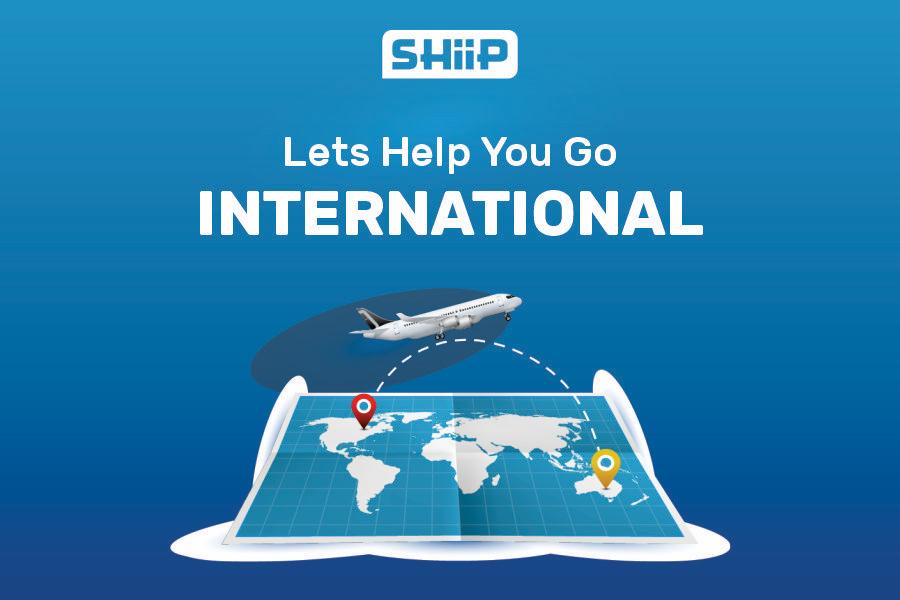 In this article, we discussed several efficient and effective systems that we have put in place to send complications of international shipping. 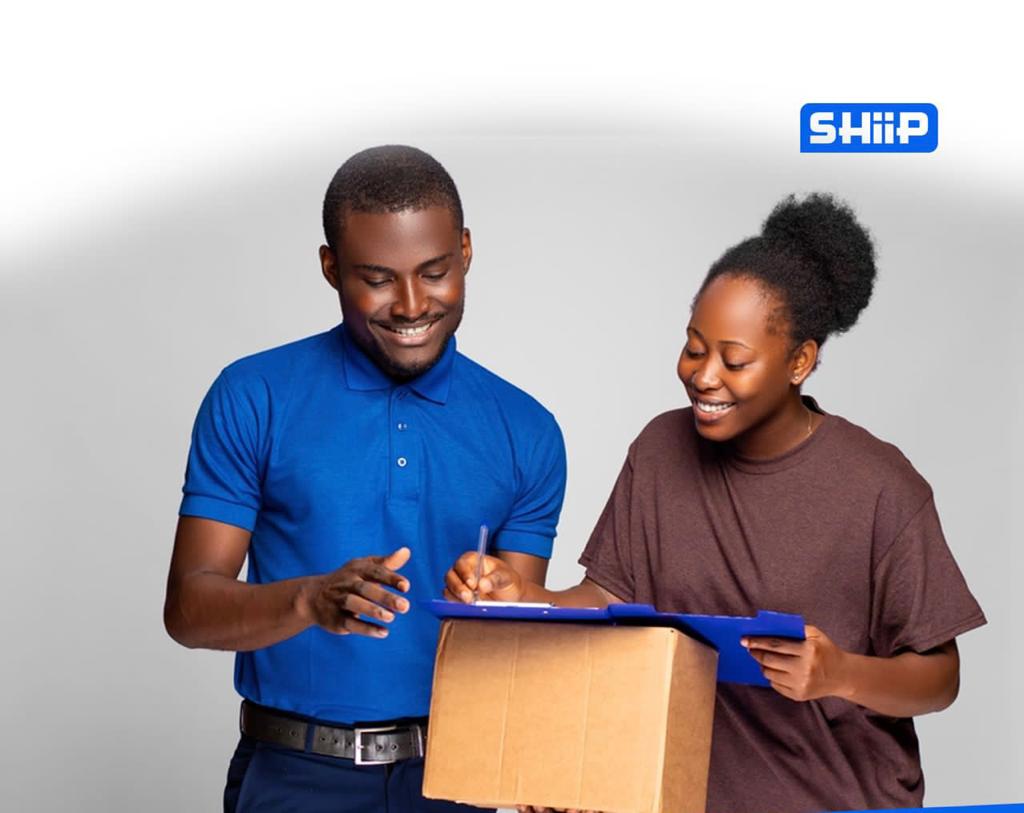 We got selected as one of the beneficiaries of the Google Black Founders Fund for Africa and we just had to share this great news with youz!

Logistics – The good, the bad, and the opportunity.